As a local agency, we can introduce our city in economicla and well organised way. If you have 9 days in Istanbul, our grand istanbul package tour shows you the most importante sights of Istanbul. It will be charming tour package for you, if you would like to explore Istanbul and around Istanbul our 9 days highlights of  Istanbul package touris the best option for you.

Upon your arrival to Istanbul, you will meet with our repersentitive at the Ataturk Airport or Sabiha Gokcen Airport. After meeting at the airport, you will be transfered to your hotel. Check in to hotel and you will have free afternoon and evening for relaxing after flight journey or you can go out and check around.

After breakfast, you will be picked up from your hotel and start a full day tour in Istanbul. Firstly we will walk onto The Ancient Hippodrome where you will see the Obelisk of Theodosius, the Bronze Serpentine Column and the German Fountain of Wilhelm II. The next visit will be to the Blue Mosque, which was built in the 16th century, famous for its magnificent interior decoration of the blue Iznik tiles. Then, we will visit Hagia Sophia Museum,built by Constantine the Great in the 4th century and reconstructed by Justinian in the 6th century.We are going to visit Grand Bazaar before lunch, one of the oldest and biggest bazaars in the world with more than 4,000 shops. After having lunch in a local restaurant, we will visit Topkapi Palace, the great palace of Ottoman Sultans from the 15th to the 19th centuries. After all, our last visit will be Little Hagia Sophia Mosque, which is known as one of the oldest standing churches in Istanbul.At the end of second day of grand
Istanbul tour package, you will be dropped off at your hotel. Overnight in Istanbul

After breakfast, you will be picked up from your hotel and takken to meeting point. We start Istanbul Tour by driving along the Byzantine City Walls that surround the Old City. Then we will reach Golden Horn, the river that separates European side into two parts.Stop in Spice Bazaar, where you can buy Turkish delight, apple tea, turkish tea etc. Then we will embark to the boat and start for Bosphorus Cruise until the second bridge.While we are cruising on Bosphorus you will see Dolmabahce Palace, Rumeli Fortress and many other houses and palaces on European and Asian Side of Istanbul from the boat. After the cruise we come back to the port and we go to a restaurant for lunch.After lunch, we get on the bus and cross the Bosphorus Bridge to get to the Asian Side.We will visit Beylerbeyi Palace,the summer house of Ottoman Sultans.Then drive to Camlica Hill which is the highest point in Istanbul.You will have the best view of the city on that hill. At the end of third day of grand Istanbul tour package, you will be droped off your hotel. Overnight at your hotel.

After breakfast, you will be picked up from your hotel and takken to meeting point. Afterwards, drive along to seasight to port. Embark to boat and Cruise the Marmara Sea to Princes’ Islands by a Maritime Lines boat. Stop at Buyukada, a popular summer resort with pinewood scenery. Get to also view from the boat Topkapi Palace, Leander’s Tower, and Haydarpasa Railway Station.There you will enjoy a ride in a horse-drawn carriage among the pine trees. In the evening return to Istanbul and transfer to your hotel at the end of forth day of Grand Istanbul tour package. Overnight at your hotel.

Today is relaxing day of Istanbul tour package. After breakfast, you will be picked up from your hotel and takken to meeting point.After meeting with other tour participants and tour guide, drive to Asia (Anatolian) Side by passing the Bosphorus Bridge.Then heading northeast of Istanbul on the Anatolian side, we will arrive in Sile, a small Black Sea fishing town situated on rocks.You will enjoy , enjoy a stroll along the fishing harbor or relax with a tea at the hilltop cafe overlooking the Sile lighthouse.
Afterwards, drive to Agva and have lunch in restaurant by the river. Enjoy with boat trip on the Yesilcay River, and you will feel realy natural life in fishing villages. Evening, drive back to Istanbul and you will be dropped of at your hotel. Overnight in Istanbul.

After breakfast, you will be picked up from your hotel and takken to meeting point.Then we drive to port and take car ferry to Yalova. When we arrive in Yalova, we continue to drive to Bursa. It was he first capital city of the Ottoman Empire. First, we start to visit the Green Mosque and the Green Tomb, famous for their İznik tiles. Also, you will have time to see Bazaar near Tomb then climb by Cable Car to Uludag (Olympos) (first stage) mountain overlooking Bursa for the magnificent panoramic view and have lunch on the the mountain with barbeque. After enjoy on the mountain, drive down to city center and stop at 600 years old Plane Tree. Late evening return to Istanbul and transfer to hotels.

You will have breakfast at your hotel.Today, enjoy an adventurous day outside the city. You will be picked up and takken to meeting point for meetin other tour participants and tour guide. Then we drive to Asia side passing over the Bosphorus Bridge. Our first visit will be a botanical garden and zoo which is home to over 200 different animal species including lions, penguins and kangoroos. There is also an aquarium and children’s petting zoo. Have lunch in the forest under a conopy of trees next to a waterfall in Masukiye. On the way back to Istanbul stop for tea at the picturesque Sapanca Lake. Afterwards, we drive back to your hotel and overnight at your hotel.

Grand Istanbul tour package offers you free day as well. After having your breakfast at your hotel, you will be free all day. You can do last shopping in the Grand Bazaar or you can go to Shopping Centers in Istanbul. Overnight in Istanbul.

DAY 9 - Departure Day from Istanbul and Transfer to Airport ( B )

You can extend package with additional night(s) in Istanbul and Istanbul tours or transfer directly on to Istanbul Airport for return international flight.

30% discount for children below the age 7, free for the ages 0-2 Topkapi Palace is closed on Tuesday; replaced with Beylerbeyi Palace Beylerbeyi Palace is closed on Monday and Thursday, replaced with Kariye (St. Savior in Chora) Museum Grand Covered Bazaar is closed on Sunday You are kindly requested to present your self at the pick up point 15 minutes prior the pre advised pick up time
1 Step 1
keyboard_arrow_leftPrevious
Nextkeyboard_arrow_right
Grand Istanbul Tour Package Overall rating: ☆☆☆☆☆ 0 based on 0 reviews
5 1 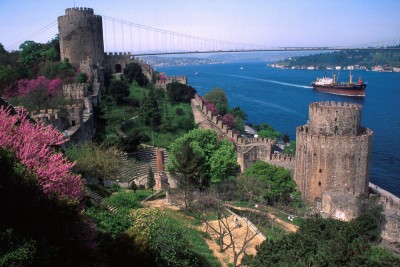 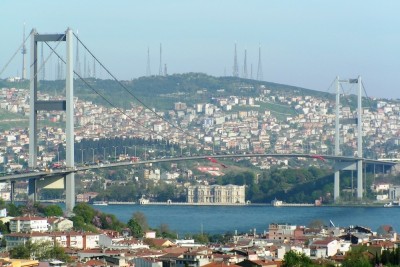 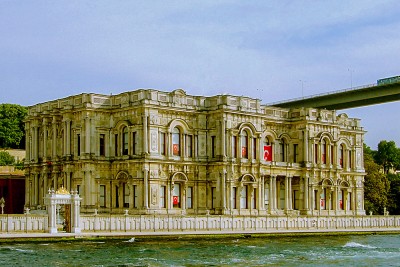 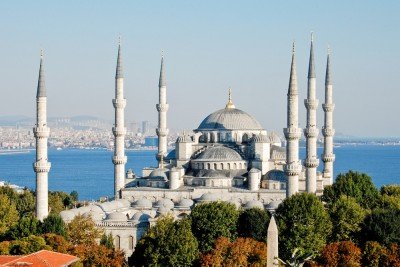 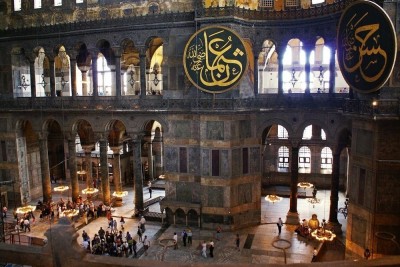 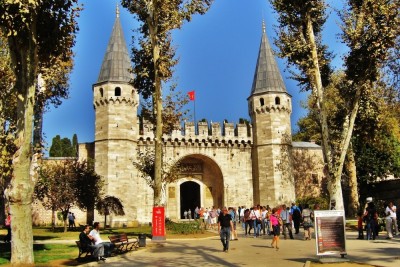